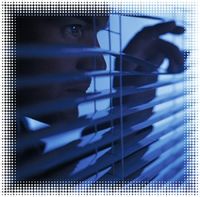 The first season of “Sleepy Hollow Survivor” is over and it appears that José Quinoy will be named winner.  Tribal members who saw their torches extinguished include Gabe Hayes Jr., Colleen Hayes, Michael Hayes, and the mistress of all deceit, village attorney Janet Gandolfo.  Consolation prizes are awarded to acting Police Chief John Kapica and the members of the Sleepy Hollow Police Department; may they finally be able to heal and move forward with protecting the residents of this village.  A special consolation prize will be awarded to Lt. Frank Hrotkó who has successfully retained his integrity while being publicly humiliated, and professionally stunted  by a power crazed woman who masquerades as not only a village attorney, a private attorney, and the Chair of the Mt. Pleasant Democratic Committee, but in reality is nothing more than a dangerous banshee.  While the details of this case focused on the travails of  José Quinoy and the escapades of the Hayes family, little has been said about the individual who it appears set it all in motion…Janet Gandolfo.

Ms. Gandolfo is by all accounts the only individual who decides which members of the Friends and Family Network are to be hired, promoted, or fired.  She’s been the chief power broker in Sleepy Hollow for decades and its time to call her out on it.    Serving in capacities that have included being elected mayor, to her current position as village attorney, Ms. Gandolfo has earned the not so affectionate nickname of “Big Momma”.   While the above aforementioned may or may not be within the limits of the law, her actions give the words “backroom conspiracy” new meaning.

What makes a person behave in this uncouth and certainly unladylike manner?  One word, “Power”!  It’s more seductive than money or lust and the one vice that seems to befall all career politicians, be they small town potatoes like Gandolfo, or federal bigwigs in Washington, D.C..  Like pitbulls, once they get that taste of blood they continue to come back for more.  Such is the way with backroom deals and threats. It does not matter if it is a police officer, DPW worker, mayor or village trustee. Once you have gone for blood with one of them, you will go for it again and again.

But a funny thing has been happening across Sleepy Hollow, Westchester, New York andAmerica, people are starting to stand up to political bullying.  In the realm of politics we call it transparent government. We have elected you to serve us; all of us. As the village attorney, you are held in the highest regard to protect our rights and safety .  Ms. Gandolfo is not there to publicly scream at and humiliate a police lieutenant during a haunted hayride which was supposed to spotlight the village’s rich literary history. She is not there to do a favor and cover for the Hayes family in their unending quest to harass former Mayor Zegerelli.  She is not there to have police officers set up and be dismissed at a whim.  Depite it having worked before, it ain’t gonna happen again!  Ms. Gandolfo’s responsibility  is  to indemnify the village from unnecessary law suits not sneakily promote them.

In the end, nothing good came from this case.  The Quinoy and Gomez families have been shredded to pieces.   Ms. Gandolfo’s protégé, Officer Cotalero will never become chief because Detective Quinoy scored first on the test for chief.  Lt.Hrotkó learned the painful lesson about being lied to and then left behind by a politician to whom he was loyal.  Michael Hayes will never be looked at the same way by his colleagues at the police department. He may have been sold a line of “Bull pucky" about halting corruption by wearing a wire but ended up being smack dab in the middle of it.  The prosecution and the FBI looked like the proverbial Keystone Cops and the people of Sleepy Hollow are just plain embarrassed by it all.

Acid-tongued bloggers often wonder what Mayor Ken Wray thinks about his village and the never ending drama within its administration.  We will continue to check back with this fair village from time to time to see how they’re doing.   I guess the only advice I would give all of them comes straight from “Survivor” itself. Outwit, outlast, outplay.