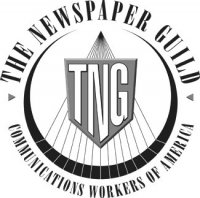 NEW YORK, NY, July 16, 2010 — The Newspaper Guild of New York on Friday said it reached a tentative agreement with Time Inc., a division of Time Warner Inc. (NYSE: TWX), on a three-year contract that includes pay increases in each year, improvements in job security and gives management more flexibility in the duties that are assigned to its union employees.

Guild President Bill O’Meara said he was “extremely pleased that we could come to an amicable agreement with the company, despite the challenging times facing the print industry.”

“I believe our agreement gives Time Inc. the sort of flexibility that is going to be required to insure its success in this rapidly changing world of communications,” O’Meara said. “And, in return, Time Inc. has given our members an added measure of job security.”

The tentative agreement, which was completed late Thursday, was hammered out in off-the-record talks which have been ongoing since January. It will be put to a vote of Guild members at Time Inc. after a memorandum of agreement is signed. Details of the settlement are being withheld pending ratification.

The Guild represents about 300 journalists and other editorial and support employees at some of Time Inc.’s most popular magazines, including Time, Sports Illustrated, Fortune and People. In all, the Guild, Local 31003 of the Communications Workers of America, represents about 3,000 print, online, photo and video journalists, as well as advertising, commercial, technical and other workers at 20 New York area-based news other employers.