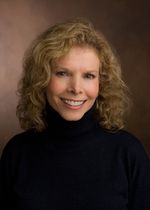 Have you ever noticed that all the good female shapes, for example, the inverted triangle and that feminine ideal, the hour glass, are not to be found anywhere in nature?  The natural, organic ones are the least desirable female forms, like the bottom-heavy pear, the round apple and the shapeless banana. 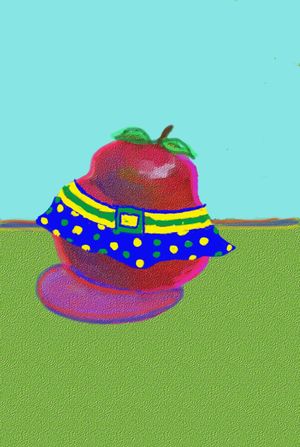 Many an hour of my youth was spent poring over magazines that preached acceptance and self-love while devoting most of their pages to glossy images of unnaturally shaped models, with tips about how to look more like them (more-or-less inanimate objects) and less like ourselves (more-or-less fruit). It took me all of my childhood and adolescence and a good portion of my adult years to adjust to my own pear silhouette and to finally acknowledge the pluses as well as the minuses of this particular design. And while I never ceased to lament the thighs that stretched outwards towards each coast, eventually I became proud of my relatively narrow waist and flat stomach. By “eventually” I mean right about the time my waist started to widen and my stomach began to protrude and I evolved into a new shape altogether, part apple and part pear, a bulbous freak of nature which for lack of imagination I’ll call a “papple”. Turns out, the real challenge for women of our vintage is not learning to accept the figure we were born with but, rather, the strange body we’re morphing into.

You see, as the body matures, fat is increasingly distributed around the waist and upper abdomen. One of the cruel ironies of growing old is that we gain fat in undesirable places and lose fat in critical areas where we would prefer to keep it, such as the sockets of our eyes and those nice comfy, cushy pads at the  bottom of our toes and feet.  Yes, our toes and feet! Not only do I find this grossly unfair, it also seems to defy the laws of gravity.  You may well wonder how fat can move upwards from our hips and thighs to our waists instead of gravitating down to the balls of our feet.  (Maybe Mother Nature figured we wouldn’t need padding on the bottom of our feet since she had expected that, by now, we’d be buried flat on our backs with our toes curled up.)

Fundamental scientific principles like gravity are not the only laws turned upside down by the aging process. There’s also those well established canons of fashion which we’ve carefully observed over the last 50 years, rules  which, I personally have adhered to with far greater dedication than I ever paid to the tenets of Judaism. Thus, being a pear, I dutifully added volume and detail to my upper body to balance my profile and draw attention away from my broader hips and thighs.  Horizontal stripes were recommended and liberally applied.  But as a kind of an evolving apple I would be advised to add heft and width to my hips to balance a larger upper body.  What’s a girl to do – there are no fashion rules for papples!

But maybe that’s a good thing.  The reality is that at this point, whether I add volume to the top or the bottom, I’ll never get a construction worker to even look up from his sandwich, let alone bother to whistle.  Which is fine – in fact, it’s rather exhilarating. I am beginning to understand the attraction of organizations like the Red Hat Society, whose members are middle-aged/elderly women that gather in groups wearing bright red hats and purple dresses. The society was originally inspired by the poem “Warning” by Jenny Joseph, which included this stirring line: “When I am an old woman I shall wear purple, with a red hat which doesn’t go and doesn’t suit me…” It’s all about exploiting one of the perks of aging (there had to be one, right?) – the independence to violate every rule of fashion. Pears can dress in loud patterns with pleats strategically placed to spread just at the hips; apples can wear brightly colored thick belts and loose fitting pants and skirts.  And us papples – we can just run around naked. Who cares? Who will even notice?

No rules means freedom and, as Janis Joplin told us a while back: “Freedom’s just another word for nothing left to lose”.  Except, maybe, just a little around the middle but, please god, no more from the balls of my feet.x

Alisa Singer’s humorous essays have appeared in a variety of print and online newspapers and magazines across the country and in Canada. She is the author of various gift books designed to entertain and amuse baby boomers. You can learn more about her work and purchase her books by visiting her website:www.AlisaSinger.com or contacting her at ASingerAuthor@gmail.com.