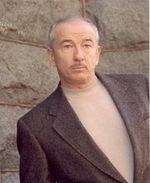 When the first African-American was elected to thepresidency of the United States one would have thought that race would become a less serious issue for the country to deal with. Au contraire; after only about 18 months in office, accusations of racism rival those of a generation ago when the thought of a black president seemed very remote. It was to be expected that blacks would vote in overwhelming numbers (97%) for the first Chief Executive of their race. In addition, it wasn’t hard to imagine that they would be sensitive about criticism toward him. But, one would think, in view of the criticism directed toward every other president, that even the most diehard liberal would realize that it goes with the territory. Given the daily tidal wave of scorn and bitterness toward George W. Bushduring his presidency, one wonders how it would have been viewed if he was black. When Bush was frequently referred to as “stupid” or “dumb” by his critics, there wasn’t anyone calling them racists.

Now that we have a black president, people are wary of using terms that might be considered insensitive (Bush was given no such consideration). Furthermore, most people feel the need to parse every word before uttering something that can be twisted into a vague slur on the man’s color. Knowing that this puts people off balance, supporters of President Obama are using it as a way to control the dialogue and limit any attempt toward negative evaluation of his performance. Now, there are indications that the Attorney General will not prosecute blacks for voter intimidation against whites. Can you imagine a white AG, in contemporary America, refusing to prosecute whites for intimidating blacks at a polling location? Yes, it happened a generation ago and it was just as racist and despicable then as it is now.

Taking on a president for policies that affect the future of our country is not a black or white issue; it’s a national concern. Nevertheless, it seems that the current resistance to Obama’s healthcare plan, Cap and Trade, economic policies, etc., are being characterized by Democrats as racist in a cynical attempt to use color as a crowbar to pry open the wallets and bank accounts of every taxpayer in the country. When large segments of the voting public band together to struggle against an overreaching government, they are, as expected, branded as racists. The recent comments directed toward the Tea Party movement by NAACP President Benjamin Jealous, is merely another example of feigning racism in order to further an agenda. “You must expel the bigots and racists in your ranks or take full responsibility for all of their actions,” said the man who heads up an organization with the race-promoting name: National Association for the Advancement of Colored People. This is so hypocritical, it’s laughable.

The same goes for groups that call themselves the Congressional Black Caucus, the Black Bar Association, the Black Miss America Pageant and scores of other race-based titles. These groups get away with citing specific racial preferences in their promotional material and seem invulnerable to criticism. Try to organize a Congressional White Caucus or prohibit black women from competing in the Miss America Pageant and see what happens. This is the murky world of race configuration in which we find ourselves today. Whites have become so intimidated when they speak about someone of “color” that every reference is prefaced by something like, “I’m not a bigot. I’ve marched withcivil rights groups and have always supported…blah, blah, blah.” Is that really necessary? We should be able to have a dialogue about race, or any other subject, without preceding it with a testimonial that swears our allegiance to all of God’s creatures. When blacks criticize whites, I don’t hear them starting a sentence with a litany of reasons why it’s not about race.

Moreover, when a disgusting member of a hate-filled group of thugs says, “You're gonna have to kill some crackers! You're gonna have to kill some of their babies!” he should be publicly condemned by everyone, regardless of color. Minister King Samir Shabazz, aBlack Panther Party leader, posing with pistols in each hand, says he’s “all about the total destruction of white people.” Have we heard anything from Mr. Jealous about expelling racists from the Panthers? Of course not, because the entire group, which is nothing more than a black version of the Ku Klux Klan, would have to be dissolved. Do you think Eric Holder, the man who said we’re a nation of cowards when discussing race, will be investigating the Panthers for civil rights violations anytime soon?

Reddit
eHeziWeir Only Human: Political Criticism Should be Colorblind BY BOB WEIR07.24.2010